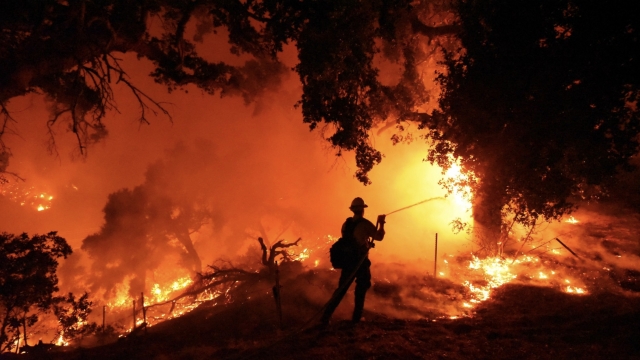 SMS
Cave Fire Prompts Mandatory Evacuations In Southern California
By Katherine Biek
By Katherine Biek
November 26, 2019
The blaze has scorched at least 3,300 acres. As of Monday night, it was 0% contained.
SHOW TRANSCRIPT

A "fast-moving" wildfire in southern California is prompting officials to order mandatory evacuations.

The Cave Fire started Monday afternoon in Los Padres National Forest. Hours later, the flames had scorched at least 3,300 acres in Santa Barbara County. High winds in the area have been fueling the flames.

Firefighters don't have any part of the blaze contained. As of Monday, no homes have been destroyed, but fire officials say multiple buildings are threatened.

The county has also asked California Gov. Gavin Newson to declare a state of emergency. Newsom's office said it's monitoring the blaze.