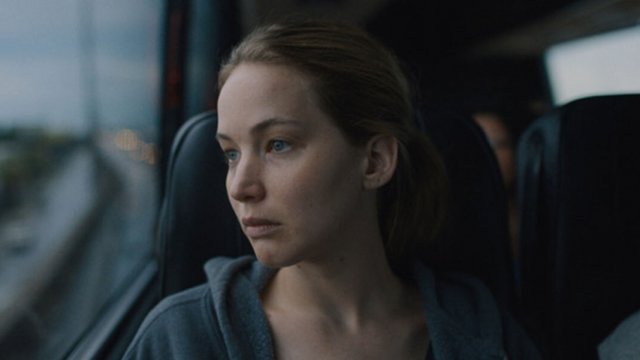 The drama debuted at the Toronto International Film Festival and begins streaming on Apple TV+ this weekend.

“Causeway” feels like a film that, more than anything, exists as a vehicle for Jennifer Lawrence to remind everyone she’s really good at this acting thing. I don’t even necessarily say that as a knock on the film; a lot of perfectly decent movies are propped up by the performances of their stars, and this is a decent movie with excellent performances.

Lawrence plays Lynsey, a U.S. military service member returning to New Orleans after suffering a brain injury in a horrific incident in Afghanistan. She needs mental, physical and emotional rehabilitation, though she’s determined to convince her doctor (Stephen McKinley Henderson) and herself she’s ready for immediate redeployment. The doctor won’t be rushed. Lynsey, though, is clearly more comfortable risking her life overseas than holding a conversation with her mother (Linda Emond) or, in general, being in the place where she grew up. “Causeway” presents her experience as both the plight of a soldier struggling to adjust to life back home and the discomfort of reliving whatever it is she was trying to get away from when she left in the first place. It’s bleak.

While she rehabs and waits for her doctor’s signoff, she gets a job as a pool technician and meets James (Brian Tyree Henry). He’s a kind, down-to-earth mechanic with his own physical and emotional scars stemming from a gut-wrenching accident that continues to haunt him. They become friends, bonding over their pain and resigned to the mindset life will probably always be more or less what they’re going through now.

As depressing as that sounds, Lynsey and James’ friendship is genuinely heartwarming if not codependent; there’s room for them to perhaps heal together, but also the possibility things go sideways and become toxic. The two share a sarcastic sense of humor and no-nonsense approach to conversation, so there’s something in their every line of dialogue to read into as they drink beer by the pool Lynsey is treating while the homeowner is away. That’s all a credit to Lawrence and Henry’s commitment and chemistry.

Major romantic comedy theatrical releases this year have been quite limited.

Lawrence in “Causeway” is back to doing an understated, internalized performance in a small and subdued movie like the one that earned her an Academy Award nomination at just 20 years old in “Winter’s Bone.” This is her film, and she carries it with an emotional depth that’s conveyed in facial expressions and body language just as much as line reading.

Henry, meanwhile, continues his streak of being excellent. Every time he shows up, I know the scene is going to improve. Because of him, I’ve wished for a while now the Oscars added some kind of MVP award to celebrate an actor who delivers multiple great performances in the same year.

The problem is, I came away appreciating how good Lawrence and Henry were in the movie, more than the movie itself. Your mileage with “Causeway” may vary based on how much trauma you’re willing to wallow in, because screenplay writers Ottessa Moshfegh, Luke Goebel and Elizabeth Sanders lay it on thick. They present the traumatic backstories of Lynsey and James, and instead of letting the characters have time to really sit with and explore their hurt, they sprinkle more trauma on top of the trauma.

“Causeway” is a mostly thoughtful exploration of emotional damage and grief. But at a certain point, the movie — a lean 92 minutes — feels like it’s piling on the trauma because it’s running out of narrative; like conflict is being added for the sake of conflict. Suddenly the no-frills depiction of real people with real struggles turns into a hackneyed melodramatic movie with actors on a screen. “Causeway” would’ve been better off just allowing its two stars to cook.