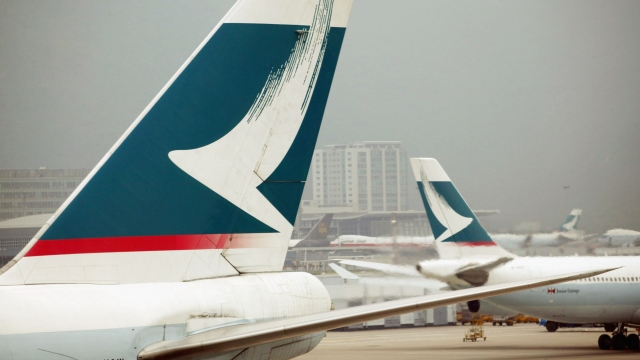 SMS
Hong Kong-Based Airline Asks Staff To Take Unpaid Leave Due To Virus
By Ahmed Jawadi
By Ahmed Jawadi
February 5, 2020
The company said it's implementing "a special unpaid leave scheme" to help it deal with losses due to the coronavirus outbreak.
SHOW TRANSCRIPT

Cathay Pacific has asked 27,000 employees to take unpaid leave as it deals with recent losses amid the new coronavirus outbreak.

The Hong Kong-based air carrier's CEO told staff in a video message on Wednesday the company is seeing "a large decline in the number of visitors to and through Hong Kong [and] mainland China" and that it doesn't know how long the trend will last. He said for the sake of "protecting [the] business," the company has introduced "a special unpaid leave scheme" and will ask workers to take three weeks off between March 1 and June 30.

He said the last time Cathay Pacific implemented a similar measure was in 2009 during the global financial crisis, but that "the situation now is just as grave."

The company announced in a statement on Tuesday it will cut roughly 30% of its capacity over the next two months, which includes around 90% of its flights to mainland China.

The number of confirmed coronavirus cases in China has now exceeded 28,000. Chinese health officials said Thursday more than 500 people in the country have died from the virus so far.