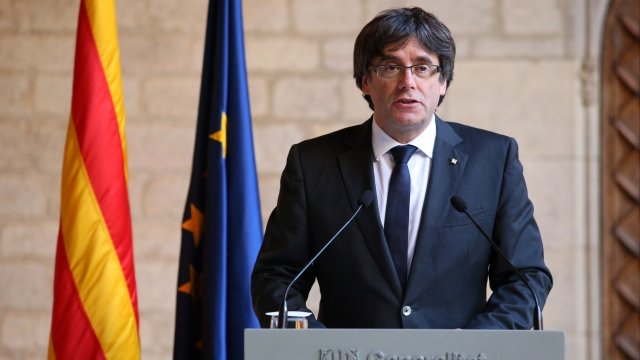 All eyes are going to be on Catalonia's Parliament after the region's president, Carles Puigdemont, decided to punt the final decision on independence to Catalan lawmakers Thursday.

No one was sure what the president's next step would be, but some people speculated he planned to call a snap election to ease tensions with Madrid.

Puigdemont said he ruled out that option when he couldn't get any guarantees from Spanish leaders. And Madrid said the region would have to abandon independence for elections to be effective.

This is the second time Puigdemont has postponed declaring independence. The first time he had hoped to negotiate with Spain. 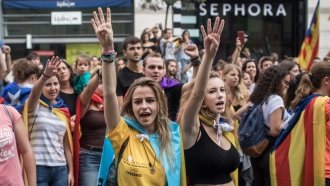 Letting Catalonia's Parliament decide means the Spanish government will likely invoke Article 155, a provision in the constitution allowing Madrid to take control of the region.

If Article 155 is invoked, Spain would take control of Catalonia's finances, police and public media, and new regional elections would be held.

The Catalan Parliament is expected to vote Friday on whether to declare independence. That same day, the government in Madrid is likely to vote on Article 155.