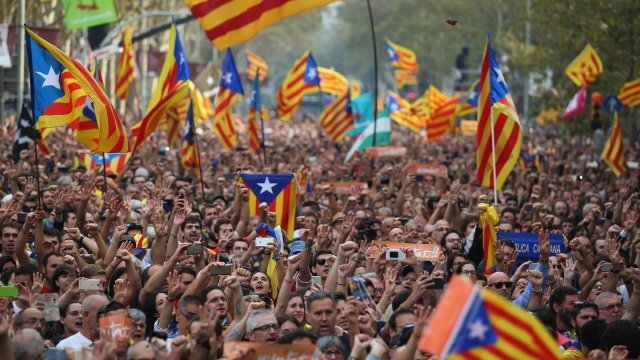 The region's parliament voted overwhelmingly in favor of a resolution to make Catalonia "an independent, sovereign, democratic, social State."

Lawmakers in Catalonia have declared independence from Spain.

On Friday, the region's parliament voted overwhelming in favor of a resolution to make Catalonia "an independent, sovereign, democratic, social State." The final tally was 70-10.

But shortly after the vote, the Spanish Senate approved Prime Minister Mariano Rajoy's request to invoke Article 155 of the country's constitution. That gives the central government of Spain the power to take control of Catalonia and stop its bid for independence.

The fight over Catalonia's independence came after the region held a referendum Oct. 1. Ninety percent of voters said they were in favor of separating from Spain. Voter turnout was almost 43 percent.