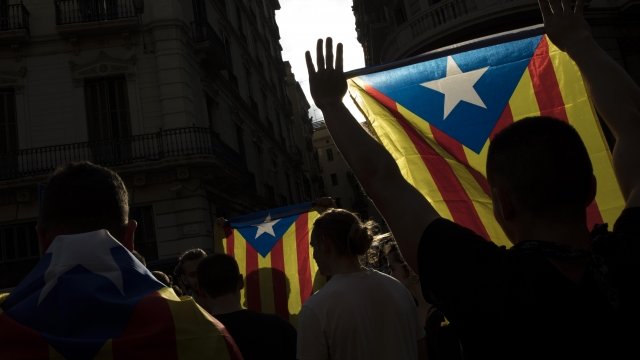 Some party leaders are in exile or in prison.

Catalonia's pro-independence parties may have won big in Thursday's regional election, but there's still a few problems they need to work out.

Two of the former government's leaders are still out of the picture. Former President Carles Puigdemont can't return home from Brussels without being arrested. And the former vice president is in prison.

It's not clear if either candidate could hold office under their current circumstances. Though, Puigdemont said last week that he'd return to Spain if he won.

And once a government is formed, a lot of their efforts might have to go toward restoring Catalonia's self-governance and releasing imprisoned leaders.