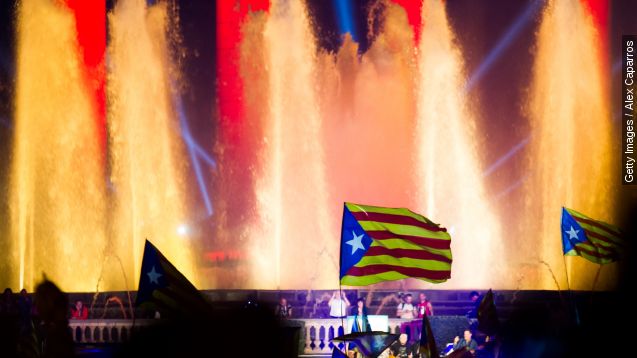 Catalonia's pro-independence parties declared victory in the region's parliamentary elections, and no one knows what that will ultimately mean.

Artur Mas, head of the Together for Yes pro-independence coalition, called Sunday's vote a victory for the movement and a victory for democracy. (Video via TV3)

But even an outright victory wouldn't guarantee success. Pro-independence leaders like Mas have promised to draft a constitution, form an army and set up a central bank, ending with independence from Spain within 18 months.

According to the Spanish government, none of that is going to happen. Officials in Madrid say there's no constitutional way for an area of Spain to secede, and Prime Minister Mariano Rajoy has vowed to block any attempts to do so in court. (Video via People's Party)

There's also the fact that Catalans themselves don't seem so sure about independence. A referendum vote in 2014 showed overwhelming support, but turnout was low considering the results had already been ruled non-binding. (Video via CNN)

And in Sunday's regional election, despite huge rallies on behalf of the Together for Yes campaign, only about half or just under half of the popular vote went to the independence parties.

Still, those parties pledged to push ahead if they got a favorable result Sunday, and they have. That means, at the very least, the government in Madrid has some headaches headed its way as it prepares for its own election later this year.