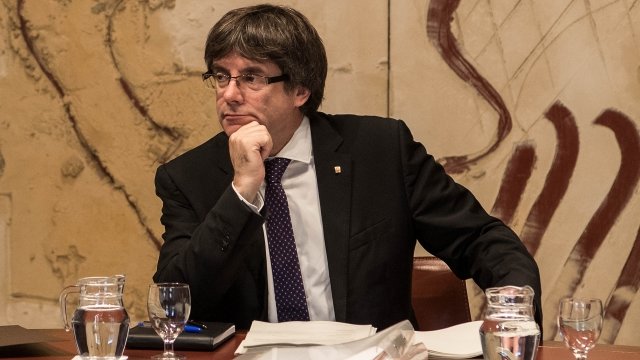 Quick recap — Spain's constitutional crisis began when Catalan officials held an independence referendum in October, despite the Spanish government saying it was illegal.

Catalonia declared independence weeks later, and Spain's prime minister responded by stripping the region of its autonomy and unseating its legislators.

Puigdemont fled to Brussels on the same day he and more than a dozen senior government officials were accused of rebellion, sedition and embezzlement.

And when Puigdemont and several officials failed to show up in Spain's high court in November, arrest warrants were issued.

On Tuesday, the judge said he withdrew the warrants because the ousted Catalan leaders had shown a willingness to return to Spain. It also means Spain will be the only European jurisdiction overseeing the case. The Spanish arrest warrant is still in place, so Puigdemont and the others would most likely be detained if they return.