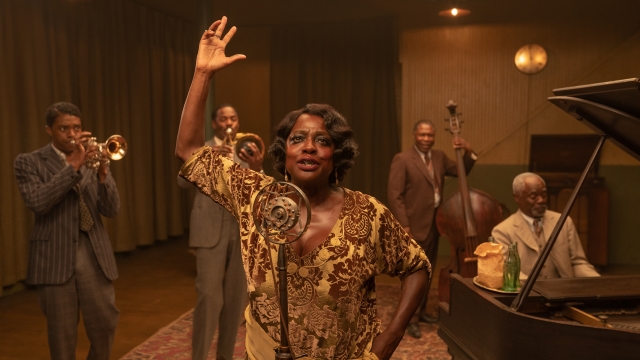 Set against the backdrop of a tense recording session, Netflix's "Ma Rainey's Black Bottom" explores a snippet of the life of famed blues singer Gertrude "Ma" Rainey and the exploitation of Black artists in the 1920s. The film just won the NAACP Image Award for outstanding ensemble in a motion picture.

"We were all able to take this very rich theatrical language and translate it to film, because I think that's something we understood how to take that size, and make it and personalize it," actor Colman Domingo says.

The film is an adaptation of August Wilson's play of the same name — and the first of Wilson's works to be adapted for Netflix. It featured the talent of several stage and screen veterans like Oscar, Emmy and Tony-awarding actress Viola Davis, as well as Tony award-winning director George C. Wolfe.

"Working with George C. Wolfe, who is — he's a mad genius. He is truly an interpreter of our culture, and our work and language and his skill is beyond," Domingo says.

"My lasting memory of Chadwick I would have to say is how much we laughed," Domingo recalls. "When I started to see b-roll come out of the behind-the-scenes of our work, you constantly see us falling on each other, laughing so hard. … We truly admired each other, and I value him, as I know he's one of my angels now."