Cases Of Polio-Like Disease On The Rise Across The US 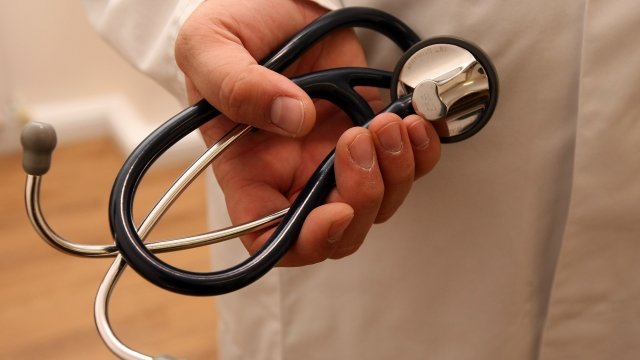 SMS
Cases Of Polio-Like Disease On The Rise Across The US
By Ahmed Jawadi
By Ahmed Jawadi
October 16, 2018
​Acute flaccid myelitis is a rare neurological disease that weakens the muscles and reflexes in the body.
SHOW TRANSCRIPT

The Centers for Disease Control and Prevention said Tuesday it has received reports of over 100 suspected cases of a rare, paralyzing condition similar to polio that mostly affects children.

Acute flaccid myelitis, or AFM, is a serious illness that affects the nervous system, specifically the gray matter areas of the spinal cord. AFM typically begins with flu-like symptoms, like sneezing and coughing, but slowly turns into muscle and reflex weakness, many times affecting the arms and legs. It can also cause facial drooping and make it difficult to swallow. In severe cases, AFM can cause respiratory failure and even lead to death. Health officials are still not quite sure what causes AFM, but think it might be from viruses like West Nile, environmental toxins, and genetic disorders.

The CDC began noticing an increase in AFM cases in 2014. Of the 127 reported cases, half of them have been confirmed in 22 states, with more than 90 percent of those in children 18 and under.

Although AFM cases have spiked over the last couple of months, the CDC says this is a rare disease, estimating it will affect less than one in one million people in the U.S. every year.

There is no specific treatment as of yet, but the CDC recommends people get vaccinated, stay away from mosquitoes, and to wash their hands often with soap and water.