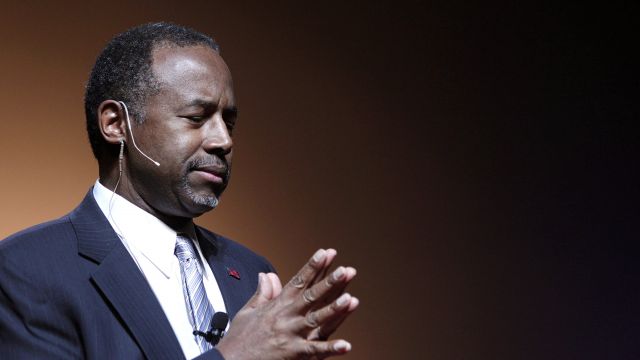 Mental health professionals aren't happy with Ben Carson's use of the word "schizophrenic" to describe groups he disagrees with.

In reference to Muslims and supporters of separation of church and state.

"Only if they’re schizophrenic," Carson responded.

"Every coin in our pocket, every bill in our wallet says 'In God we trust.' If it’s in our founding document, it’s in our pledge, in our courts and it’s on our money, but we’re not supposed to talk about it — what in the world is that? In medicine, we call it schizophrenia," Carson said.

"What in the world is that? In medicine, we call it schizophrenia — a form of craziness," Carson said.

Some people aren't happy with his casual use of the mental illness.

"The use of the word as a metaphor is tremendously damaging. ... It's part of the process of creating a stigma around mental illness," Dr. Arun Chopra told the BBC.

Madeline Carl is a videographer. She studied digital filmmaking at Missouri's finest liberal arts women's school, Stephens College. She's worked for Newsy for over four years, and she has experience in many aspects of video storytelling, including editing, writing, graphics creating and live camera operating, to name a few. She collaborates with her team and with producers to shoot video and bring exciting and important stories to life. @madeline__carl