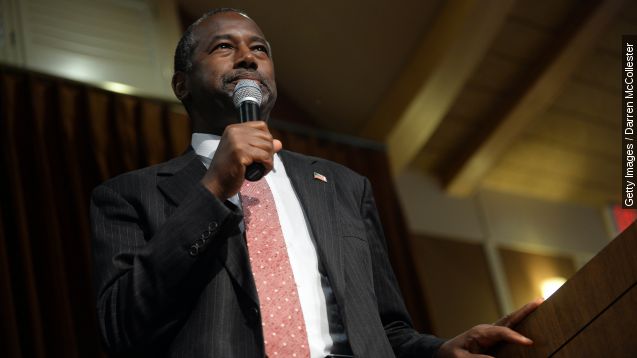 Although Ben Carson's strong opinions are rubbing some people the wrong way, they aren't hurting his poll numbers.

Ben Carson has strong opinions, and he's not afraid to share them.

On CNN, he compared gun control and Nazi Germany.

"If there had been no gun control in Europe at that time, would 6 million Jews have been slaughtered?" Wolf Blitzer asked.

"I think the likelihood of Hitler being able to accomplish his goals would have been greatly diminished if the people had been armed," Carson answered.

"Not only would I not cooperate with him, I would not just stand there and let him shoot me," he told Fox News.

The sound bites join other controversial comments from this year about a Muslim president, a Hitler-like figure in the U.S. and homosexuality. (Video via NBC,CNN)

Dr. Carson is holding at No. 2 in most Republican presidential primary polls. (Video via Ben Carson)