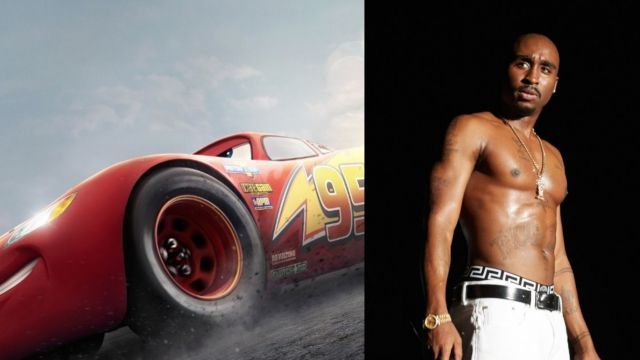 SMS
Pixar Redeems Itself With 'Cars 3'; Tupac Biopic Beats Expectations
By Jamal Andress
By Jamal Andress
June 19, 2017
"Cars 3" raises the bar from where "Cars 2" left off, and "All Eyez on Me" has the third-biggest debut ever for a movie about rap.
SHOW TRANSCRIPT

"Cars 3" — the G-rated film to help your kids deal with the really important things, like retirement. As is custom with Pixar films, "Cars 3" has taken the No. 1 spot in its debut weekend, bringing in an estimated $53.5 million.

That's well below the debut of both prior films in the franchise but (in this instance) money isn't everything. Redemption was most important for this third film.

"'Cars 3' may not be among the best films Pixar has made, but it's definitely the best film in the 'Cars' series and the first to feel worthy of the Pixar label," IGN's Eric Goldman said.

"Cars 3" carries a respectable 65 percent approval rating on Rotten Tomatoes, which is worlds better than "Cars 2" — the film generally considered the worst Pixar movie in the studio's 22-year renowned run.

At No. 2 this week: After two weeks at the top of the box office, "Wonder Woman" finally drops a spot with a remarkable $40 million in its third week out. That pushes the Amazon princess's total domestic ticket sales well past a quarter of a million dollars. 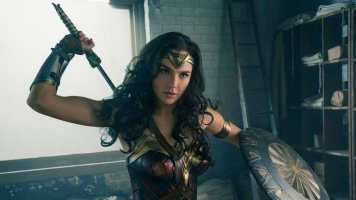 Doing better than expected in its debut is the Tupac biopic "All Eyez on Me," bringing in an estimated $27 million.

But when it comes to hip-hop films, "Straight Outta Compton" sets the standard. With an 87 percent approval rating and a $201 million worldwide gross, it's arguably the best reviewed and unarguably the most lucrative film about rap music ever.

"All Eyez on Me" falls painfully short in the critical review category, with many citing Demetrius Shipp Jr.'s performance as being the best part of a very shallow film.

Fortunately, though, that didn't stop Tupac fans from running to the movie theater in droves. "All Eyez on Me" had the third-biggest debut weekend for a film about rap ever.

Only falling behind "Straight Outta Compton" and, of course, B-Rabbit in "8 Mile."

As for next week, someone kidnapped Anthony Hopkins and is making him appear in "Transformers 5."