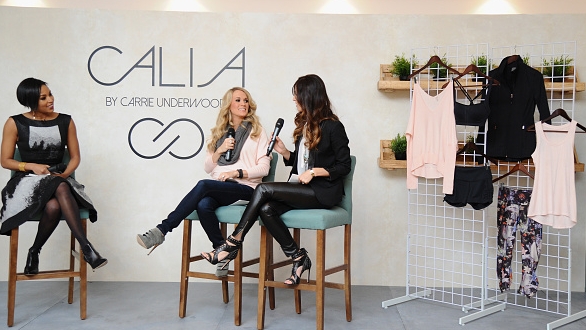 The brand will be taking some shelf space from Adidas and Reebok merchandise.

According to The Wall Street Journal, Dick's chief executive is making an effort to support the increasing demand for women's fitness wear:

"The Calia launch will be the chain's primary focus for the spring season, as sales of women's apparel in the fourth quarter outpaced average sales at the company."

Fortune says Adidas, which also owns Reebok, has lost market share in the U.S. by "sticking to a more traditional look," while top competitors like Nike and Under Armour have launched large campaigns to appeal to women within the past year.

And Calia includes pieces that women can wear outside the gym, including comfy tanks and leggings that aren't specifically made for working out.

The Calia Studio website includes a countdown until the official launch date with Dick's on March 5.

This video includes an image from Getty Images and music from Breakzlinkz / CC BY 3.0.