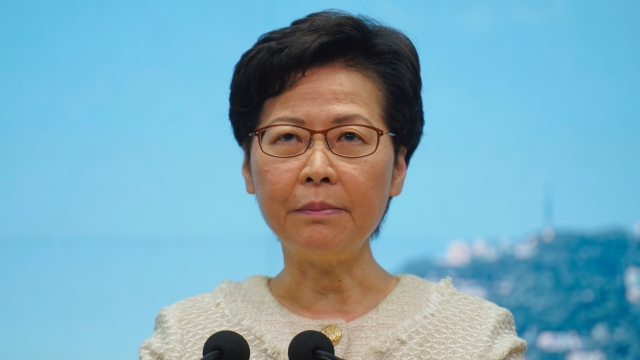 Hong Kong Chief Executive Carrie Lam says she plans to file a complaint against the U.S. with the World Trade Organization over individual sanctions.

The U.S. imposed the sanctions earlier this month on officials in China and Hong Kong after China enacted a new national security law prohibiting protests against the government. The U.S. says the law undermines Hong Kong's autonomy.

Lam says she doesn't take the sanctions personally, but will continue to do what is right for China and Hong Kong. In the meantime, the sanctions may be preventing Lam and others from conducting personal business.

Lam reportedly cannot use her credit cards because the sanctions freeze any U.S. assets, and she doesn't know whether credit card use would "relate back to an agency that has some American business."