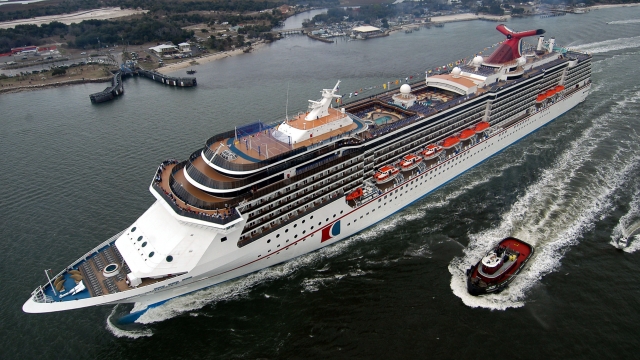 SMS
Carnival Cruise Line To Pay $20M After Admitting It Violated Probation
By Caitlin Baldwin
By Caitlin Baldwin
June 4, 2019
As part of the agreement, Carnival's CEO will have to personally accept responsibility for violating the company's probation.
SHOW TRANSCRIPT

Carnival Corporation has agreed to pay $20 million as part of a settlement after admitting it violated its probation.

As part of the agreement, Carnival's CEO will send a court-reviewed statement to employees saying he personally accepts responsibility for violating probation. The company will also develop new training on handling waste and cut the purchase and use of single-use plastics on its cruise ships in half by the end of 2021.

The probation terms Carnival violated were set as part of its 2016 criminal conviction. In that case, the company agreed to pay $40 million for using its Princess Cruises line to illegally dump "oily waste" into the ocean and then lying to officials about it, among other offenses.