Carmakers Are All Testing Driverless, So What's The Holdup? 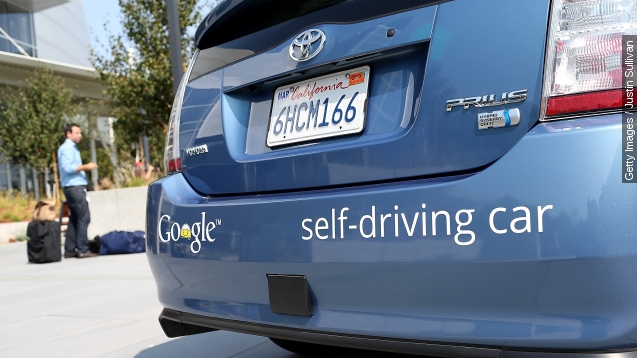 The list of automakers working on creating self-driving cars keeps growing, but we're still far from being able to buy one.

Google isn't the only company working on self-driving cars. It's just grabbed the most headlines.

Lexus, Volkswagen, Mercedes-Benz, Tesla and, most recently, Honda are a just few automakers that have the green light to begin testing autonomous cars. But just because so many big names can test, doesn't mean you'll be driving — er, not driving — one off the lot anytime soon. (Video via CNET)

Google claims its autonomous cars have only been in accidents that were the other drivers' faults — other drivers being humans.

The New York Times reported on one accident that happened just last month writing, "[The car] did what it was supposed to do when it slowed to allow a pedestrian to cross. ... The pedestrian was fine, but not so much Google’s car, which was hit from behind by a human-driven sedan."

And seeing as it's not likely everyone will buy a self-driving car overnight, automakers' plans appear to be to ship out bits and pieces of the new tech to cars over time. And news that 10 manufacturers committed to making automatic emergency braking standard is proof. (Video via The Verge)

AEB is a feature that can slow down a car; just in case the driver isn't paying attention. The National Highway Traffic Safety Administration estimates the feature could prevent some 4,000 serious injuries — not to mention save 100 lives — a year. (Video via Mercedes-Benz)

It's not clear which autonomous safety feature will be shipped out to the cars we drive next, but it is clear that eventually autonomous cars could be the norm.

If we had to guess, the next driverless function that could go mainstream will be autonomous highway driving. It might've been a publicity stunt, but Delphi Auto already tested its highway driving feature all the way from San Francisco to New York.

And Tesla has even pushed out a beta version of driverless software to a small group of Model S owners.