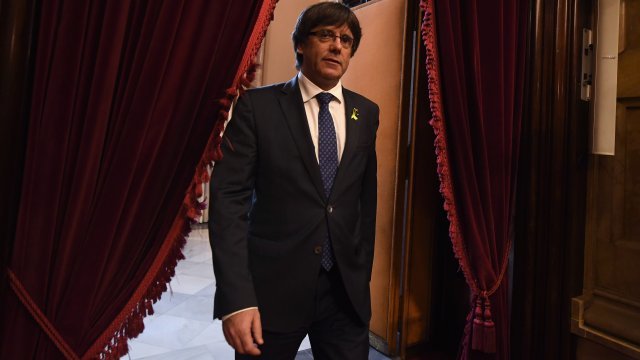 A German court ruled former Catalan separatist leader Carles Puigdemont will not face extradition to Spain over rebellion charges. It ordered he can be released on bail, but that doesn't mean he is out of the woods yet.

The German court rejected a request to extradite Puigdemont for treason, which is Germany's most comparable law to rebellion. But it ruled there was insufficient grounds to extradite him because there was no element of violence in Puigdemont's case.

There are a couple of other notable distinctions in this case. Remember, the court ruled it would not extradite him over rebellion charges. However, the court said it could still send him to Spain over a lesser corruption charge. Keep in mind his extradition is suspended, not thrown out.

In the meantime, it appears Puigdemont will remain in Germany as he awaits a final ruling on his extradition.