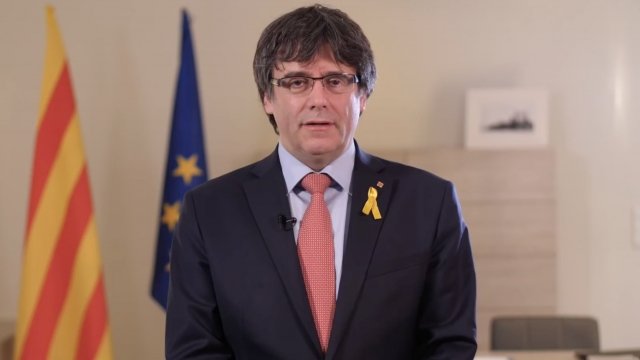 Puigdemont threw his weight behind Jordi Sanchez as Catalonia's next president. But Sanchez currently resides in a Madrid prison.

Catalonia's former president has withdrawn his name from consideration for the Spanish region's next leader.

Carles Puigdemont announced he wasn't able to return to Spain. The separatist leader has been living in Belgium under self-imposed exile to avoid imprisonment.

Puigdemont threw his weight behind Jordi Sanchez as Catalonia's next president. But that candidate has his own problems. Sanchez currently resides in a Madrid prison. He, like Puigdemont, faces charges of sedition.