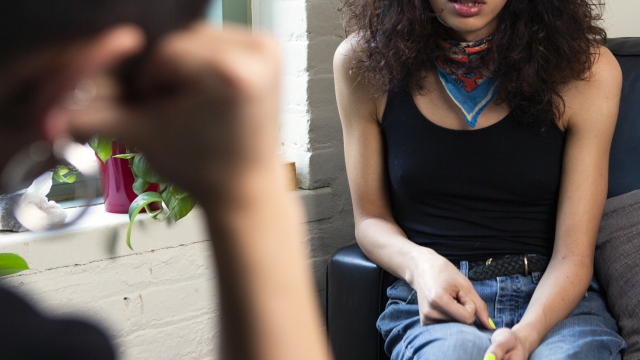 Suicide is the second-most common killer in young Americans.

The only thing that claims more lives among 10-to-24-year olds is "unintentional injury."

The rate is up among young females and young males from 1999-2017, according to the CDC.

This raises two critical questions. First, why is this happening? Researchers have found a list of possibly related factors: high rates of depression and anxiety, social media use, a greater willingness to acknowledge suicide as a cause of death, plus the opioid crisis is believed to be a contributor.

The other question. What can be done?

Technically, it's a "psychoeducational, social support intervention." In everyday language, it's a village taking care of their young.

Scientists at the University of Michigan created a two-stage study involving about 450 teens who were considering suicide, and then a decade later for follow-up.

Half the teens in the study got typical treatment. The other half went through YST, where they selected "caring adults" to support them after hospitalization for suicidal thoughts or attempts. They could be parents or teachers or coaches.

The adults learned about the child's situation and treatment and were coached on communication, plus how to spot suicide warning signs.

When psychiatrists followed up with participants a decade later, the preliminary data told a persuasive story. Fifteen of 448 teens had died by 2016. Two of the 15 were in the YST group, and only one of those two died by suicide. Of the total 15 deaths in the study, four were suicides along with drug overdoses, infections likely linked to drugs, a homicide and car crash. The lead researcher professor Cheryl King puts it this way: "Although further studies are needed to replicate findings and understand exactly how YST is helping, results suggest that caring adults in the lives of at-risk adolescents can make a difference."

The goal of YST is suicide reduction, but perhaps it could prevent other deaths among young people. Maybe even adults going through life's most difficult moments.