'Cards Against Humanity' Just Bought Land On The US-Mexico Border 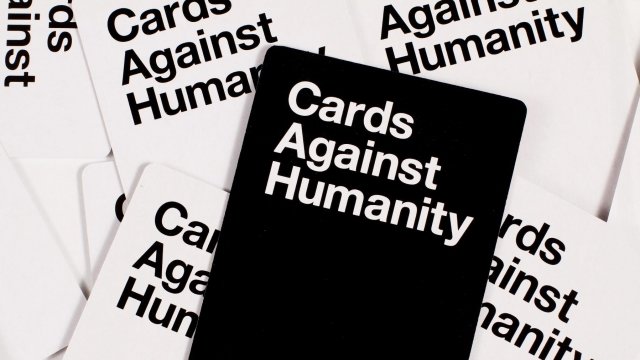 The "Cards Against Humanity Saves America" holiday promotion includes new cards, a map of the purchased land and other "America-saving surprises."

Cards Against Humanity is back with a new holiday promotion — and this time, it's hoping to "save America" and stifle President Donald Trump's border wall.

How exactly does the company plan to do this? By buying a plot of land on the U.S.-Mexico border and retaining a law firm specialized in eminent domain.

Customers can chip in for $15, which buys new cards for the game, a map of the purchased land, a certificate of the company's promise to fight the wall and more "America-saving surprises." As of Tuesday afternoon — hours after the project was announced — more than half of the slots for the project were sold.

Cards Against Humanity has been consistent about opposing President Trump. During the 2016 campaign, the company came out with a "Donald Trump Bug-Out Bag" survival kit, taking aim at the then-candidate. It reportedly sold out within an hour.

Customs and Border Protection plans to judge prototypes based on three main criteria once all eight designs are completed.

Though this newest project isn't really holiday-themed, it does follow the company's formula for tongue-in-cheek December gifts. Past holiday promotions include the "Ten Days or Whatever of Kwanzaa" and the "Eight Sensible Gifts For Hanukkah."