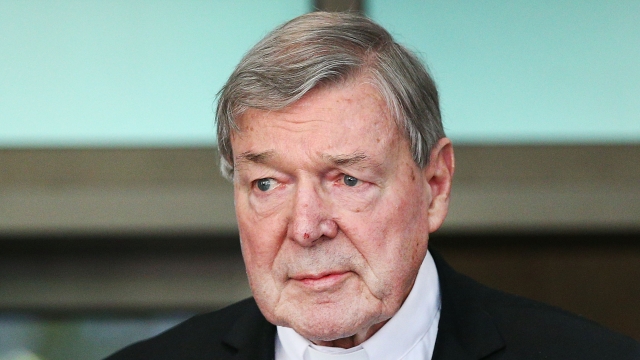 Cardinal George Pell was sentenced to six years in prison by an Australian court Tuesday.

Pell was found guilty of child sexual abuse, making him the highest-ranking figure within the Catholic Church to be convicted of child molestation.

He was convicted in December for abusing two boys in the late '90s. A jury found him guilty on one count of sexual penetration of a child and four counts of an indecent act with or in the presence of a child.

Pell's sentence was handed down as the Catholic Church faces allegations of sexual abuse by priests around the world. Pope Francis has previously said the church will punish any clergy members who commit sexual abuse.

Pell has denied any wrongdoing and plans to appeal his conviction in June.