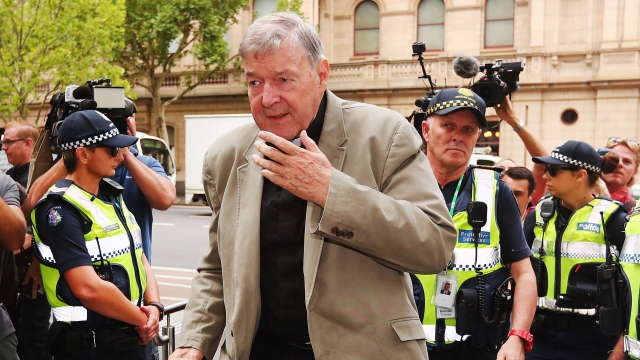 A panel of three judges is hearing Pell's appeal in the Supreme Court of Victoria in Melbourne.

In his Wednesday arguments, Pell's lawyer told the court it was "impossible" for his client to have committed the crimes as they were laid out during trial. As such, they argue the jury could not have found him guilty beyond a reasonable doubt. Pell's lawyer also argued that he wasn't arraigned in front of the jury as required.

Pell was convicted back in December for abusing two boys in the late '90s. A jury found him guilty on one count of sexual penetration of a child and four counts of an indecent act with or in the presence of a child.

Pell is the Vatican's former treasurer and the highest-ranking figure within the Catholic Church to be convicted of child sex abuse. He was sentenced to six years in prison earlier this year.

The court will make a decision after hearing from the prosecution on Thursday. If the court rules in Pell's favor, he could be released or face a retrial.