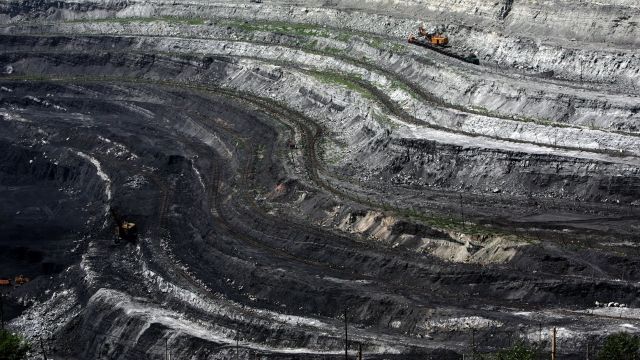 SMS
A Sharp Decline In Coal Use Fuels Drop In Carbon Intensity
By Ethan Weston
By Ethan Weston
November 2, 2016
Good news: Coal use and carbon intensity are down. Bad news: They need to fall a lot more to meet the goals from the Paris agreement.
SHOW TRANSCRIPT

The global economy is relying less on carbon to power it.

That's according to a new report released by a London-based consulting firm. The report looks at global carbon intensity. In other words, how much carbon each country uses based on its GDP.

And the numbers look promising for the environment. In 2015, global carbon intensity fell by 2.8 percent — a record drop and more than double how much it fell between 2000 and 2014 on average.

But that's not nearly enough to keep global warming below 2 degrees Celsius — the number agreed upon in the Paris climate agreement.

SEE MORE: The Promising Language Of The Paris Climate Agreement

One of the biggest reasons for the decline is China — the country that consumes half of all the coal produced. In 2015, it cut coal use dramatically.

The U.K. and the U.S. round out the top three countries that managed to lower their carbon intensity.

While the reduction in coal is good news for carbon emissions, the director of sustainability and climate change at PwC told Climate Home that coal is "low-hanging fruit" in the fight to reduce carbon emissions. It will likely be tougher to push other industries to reduce emissions.