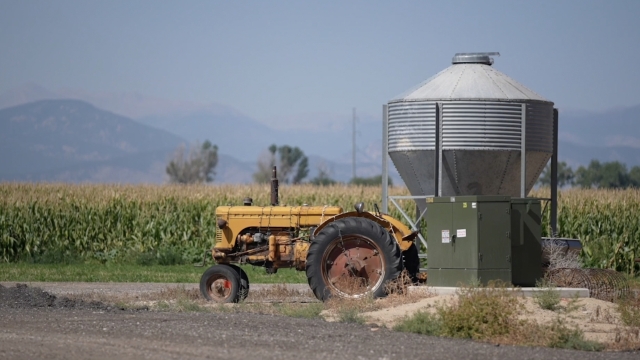 It's getting tougher and tougher to survive as a family on a farm these days because the cost of doing business is just getting so high. But there's a new, environmentally friendly way of farming that's putting thousands of dollars back into farmers pockets.

Since 1926, Todd Olander's family has worked this land to make a living.

"We grow corn, alfalfa, barley, wheat, rye. I am the last remaining farmer that's left out of everyone," said Olander.

He's trying to keep his family's legacy alive, but, to do that, he's had to embrace change.

The corn fields that once provided a stable paycheck weren't making as much of a profit, so he started a malting operation that works with Colorado breweries and distilleries. It's called root shoot malting.

Mike Myers helps him run it.

"We wanted to focus on quality more than anything. So that also kind of is why we've changed some of our farming practices is to make sure that our barley is the highest quality possible," said Myers. 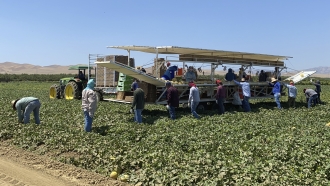 The biggest change to their farming practices: becoming a carbon farming operation.

What does that mean? When plants grow, they remove carbon from the atmosphere and store it. Now, there are companies making natural compounds to help crops do that better. The goal is to slow or reverse the impacts of climate change and grow crops better and faster.

Todd is getting paid to try this carbon farming assistant on his crops.

"It's not going to replace actually growing the crops. It's going to be just extra money to kind of offset maybe some of the extra fertilizer costs or fuel costs that we're seeing," said Olander.

It's earned him several thousand dollars, at a time when every penny counts. The company that he's working with has paid family-owned farms across the country more than $1.5 million for carbon farming.

"That'd be my hope is that farmers are going to see the incentive to actually earn a little bit of extra money and they're going to take some of these steps towards regenerative farming," he said.

And Todd is taking his carbon farming one step further — he's growing radishes as ground cover to keep the soil cool, moist and full of nutrients.

TODD OLANDER: Once you get the cycle working together, you should be able to eliminate fertilizer.

SCRIPPS' ALEXA LIACKO: And that's better for the planet, too.

OLANDER: It is. Exactly.

These two know, every farmer that takes on these changes can help better feed our nation and better protect our environment.

"I think we can reverse global warming. I mean, that's that's my hope," said Olander.