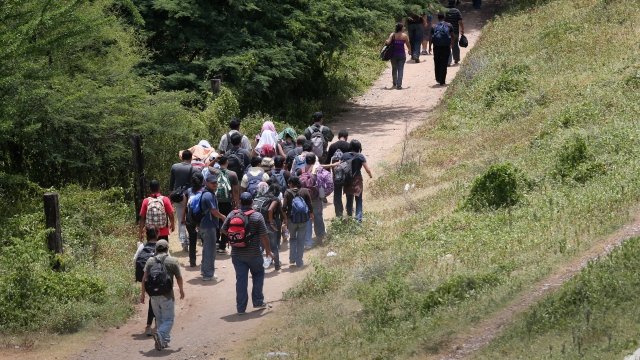 SMS
Migrant Caravan Continues Traveling North Through Mexico
By Audrey Esther
By Audrey Esther
April 6, 2018
About 200 of the migrants in this year's caravan will seek asylum in the U.S. Most will seek refugee status in Mexico.
SHOW TRANSCRIPT

A caravan of more than 1,100 Central American migrants continues to make its way north through Mexico.

Early next week, the caravan will travel from Puebla to Mexico City, Mexico. Organizers of the yearly caravan say after that, most of the migrants will stay in Mexico and seek refugee status.

Each year, some migrants continue traveling toward the U.S.-Mexico border to seek asylum in the U.S. This year, about 200 in this group will try, even though their chances of obtaining asylum are slim.

Last year, the U.S. granted asylum to about 38 percent of those who applied.