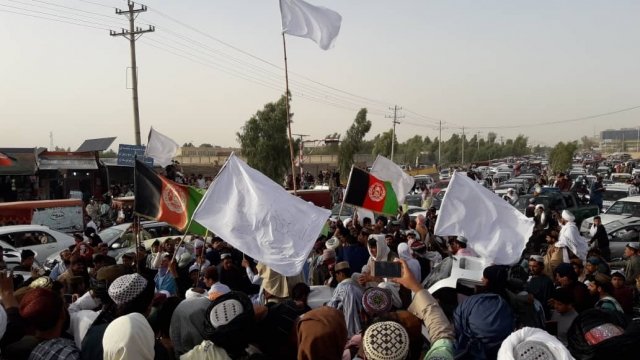 A cease-fire between the Taliban and Afghan armed forces was interrupted again on Sunday. A suicide attack left at least 18 people dead.

Sunday's attack comes on the heels of another attack that killed at least 25 people the day before. Reuters reports ISIS claimed responsibility for that attack.

Afghan President Ashraf Ghani had called a more than weeklong break in fighting with the Taliban. The group responded, calling for a three-day truce to celebrate Eid-al Fitr, which marks the end of Ramadan, the month of religious fasting.

Ghani ordered an extension in the government cease-fire and asked the Taliban to do the same, but a Taliban spokesperson said the group rejected the extension. The cease-fire officially ends Sunday night.

The Taliban have been fighting to regain control of Afghanistan since a U.S.-led invasion ousted the group from power in 2001. ISIS, however, sees the Taliban as a rival. While the Taliban are described as nationalist and only focused on Afghanistan, ISIS' proposed caliphate would encompass all Muslim countries.