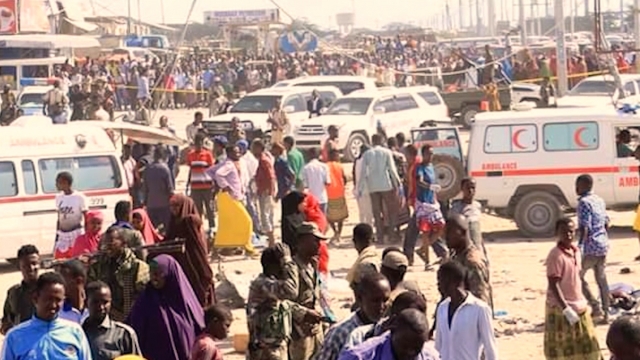 Scores of people are dead and more than 100 are injured after a truck bomb explosion Saturday in Somalia's capital city of Mogadishu. Media reports say 79 people were killed. But an adviser to the mayor's office put the toll at more than 90 people.

It's the worst blast Somalia's seen in over two years. It happened during rush hour at a busy intersection. A police officer told Al Jazeera that the explosion targeted a tax collection center.