Captain Of Sunken South Korean Ferry Gets 36 Years In Prison 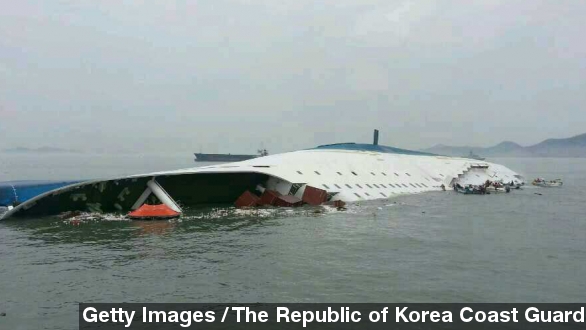 Tuesday, a South Korean court sentenced the captain of April's sunken ferry disaster to 36 years in prison, though he was acquitted of murder charges.

After a five-month trial, a three-judge panel found Lee Joon-Seok guilty of willful negligence and abandoning his passengers when his ship capsized April 16, killing more than 300 people.

The ship's chief engineer also received a 30-year sentence and several other crew members will face up to 20 years behind bars for their roles in the devastating wreck.

The prosecution had pursued a death sentence for the captain and his fellow shipmates, saying the crew didn't provide the equipment needed for passengers to escape safely from the large vessel.

However, execution orders are rarely handed down in South Korea — the last one occurring in 1997.

The ferry disaster sparked national outrage, especially with the majority of those who died being high school students who were on the ferry for a field trip. Lee had repeatedly apologized, saying he did not intend to leave the passengers stranded. But those words rang hollow for many after the South Korean Coast Guard released this video showing Lee abandoning the ship with hundreds of passengers still trapped. (Video via CNN & RT)

And it's becoming more unlikely any remaining survivors will be found. Earlier this week, the South Korean government called off search-and-rescue efforts for the nine passengers still missing from the deadly disaster. (Video via ABC)