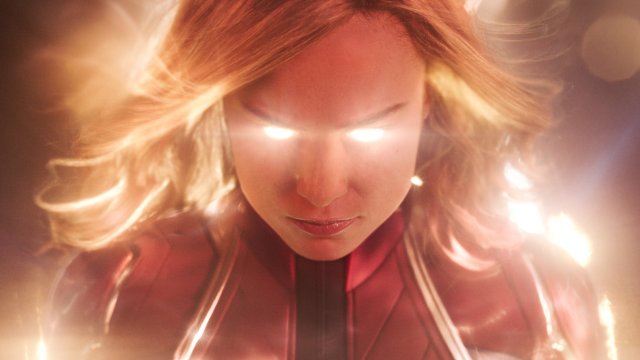 Taking the No. 1 spot this week and finally kicking some life into the 2019 box office is "Captain Marvel" bringing in a marvelous $153 million in its much-anticipated debut weekend. On the long list of MCU domestic debuts Brie Larson's turn as Captain Marvel ranks seventh. Falling right behind "Iron Man 3" and directly in front of "Guardians of the Galaxy Vol. 2."

But globally, "Captain Marvel" was a box office stand-out this weekend and topped some very impressive lists.

With a $455 million worldwide opening, "Captain Marvel" had the best global debut for a female-fronted film off all time — beating 2017's "Beauty and the Beast" by nearly $100 million dollars.

Not only that, but "Captain Marvel" only trails "Avengers: Infinity War" for the best global debut for a superhero flick in box office history — overall it's No. 6 on this list.

Brie Larson, Sam Jackson and the rest of the mouse house managed all this after dealing with bad-faith audience reviews on sites like Rotten Tomatoes and IMDB.

As for the real film critics, "Captain Marvel" is on the lower end of the MCU's rotten tomatoes scores with an 80% on the tomatometer.

Which for the record is still well above the fresh/rotten threshold and much better than say this nonsense.

Falling to No. 2 this week after holding the top spot for two consecutive weekends is "How to Train Your Dragon: The Hidden World" bringing in an estimated $14.7 million in its third week out and pushing it's worldwide box office total past $435 million

And last but not least is "Tyler Perry's A Madea Family Funeral" bringing in an estimated $12 million in its sophomore weekend.

As for next week, Jughead ditches the beanie and the hipster broody attitude that goes with it.