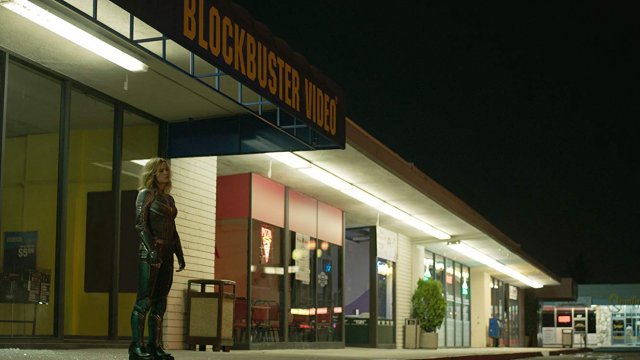 Holding on to the No. 1 spot this week is "Captain Marvel" bringing in an estimated $69 million in its sophomore weekend. After having a record breaking debut, a $69 million encore is about what you'd expect. It also pushes Carol Danvers further up the MCU box office totempole,

After just two weekends in theaters, "Captain Marvel" has already passed the likes of "Captain America: The Winter Soldier," "Doctor Strange" and "Ant-Man and the Wasp" in domestic ticket sales.

As for the international box office, this shero is well on her way to a billion dollars. After just ten days in theaters the worldwide box office total for "Captain Marvel" is $760 million.

Taking the No. 2 spot in its debut weekend is "Wonder Park" bringing in an estimated $16 million. That's a better debut than analysts expected but not nearly enough to get Paramount Pictures to a profitable place.

This animated flick cost $100 million to produce which puts a $16 million opening in box office flop territory. And to make matters just a little worse …

Disney's live action remake of the 1940's classic "Dumbo" hits theaters in two weeks time and is all but guaranteed to steal away whatever family moviegoers "Wonder Park" is depending on.

Last but not least this week is "Five Feet Apart" bringing in a better than expected $13 million in its debut weekend. Unlike "Wonder Park" "Five Feet Apart" is about as fiscally responsible as they come and is already being rewarded because of it.

This romance melodrama only cost $7 million to produce which means as of week one Lionsgate has already doubled its investment.

As for next week, Jordan Peele ruins "I got 5 on it" for all of us.