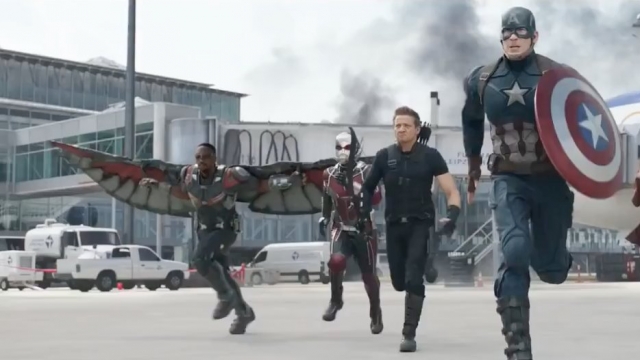 And it didn't even take two weeks.

It didn't hurt that "Captain America: Civil War" sprang to domestic box office's fifth-highest-grossing weekend in movie history when it opened in the U.S. last weekend.

In a way, the movie's fight between Captain America and Iron Man continued offscreen at the box office. Cap's opening total knocked "Iron Man 3" out of the top five for financial debuts.

But the star-spangled Avenger can't take all the credit. The movie seems to have pretty much every Marvel superhero who's graced the screen before.

No doubt, Marvel should be happy its new release is beating old ones, but its competition with DC may be the more important matchup.

With the good reviews "Civil War" has gotten, it seems likely destined to beat DC's "Batman v Superman: Dawn of Justice," which got off to a hot start but staggered in sales quickly after.