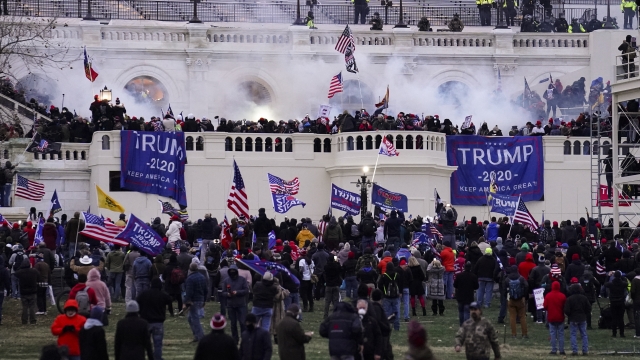 SMS
Capitol Rioters Linked To Extremist Groups
By Newsy Staff
By Newsy Staff
February 16, 2021
More than 200 federal cases have come out of the Capitol riot so far.
SHOW TRANSCRIPT

More than 200 federal cases have come out of the Capitol riot so far.

In nearly half those cases, rioters appear to be inspired by conspiracy theories or extremism.

In court records, the Associated Press also found at least 40 of the people charged have been linked to hate groups and nearly half of those cases were linked to The Proud Boys. At least 10 people were found to be part of followers of the QAnon conspiracy theory.