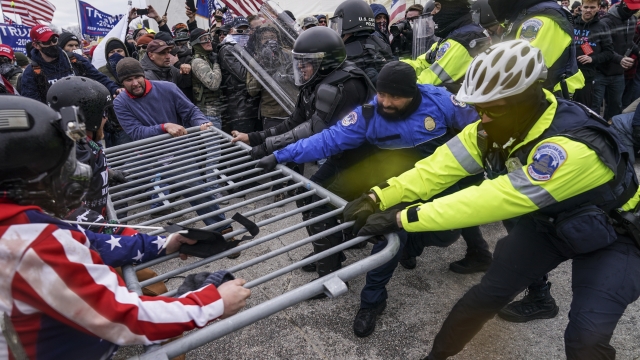 As things in the Capitol are starting to return to normal, the acting U.S. Attorney for the District of Columbia reveals possible charges for rioters.

Some of the people involved in the riot at the U.S. Capitol may be charged with sedition. Michael Sherwin, the acting U.S. Attorney for the District of Columbia, said in an interview with 60 Minutes "the facts support those charges."

Sherwin said, "I personally believe the evidence is trending towards that and probably meets those elements." 60 Minutes' Scott Pelley asked, "Do you anticipate sedition charges against some of these suspects?" Sherwin responded, "I believe the facts do support those charges."

Things are returning to some normal in D.C. after the riot. The fencing around the Capitol building that was put up after that day has started to come down. Some streets in the area also reopened.