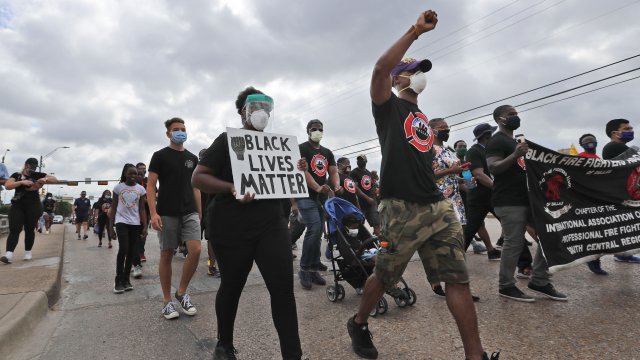 "I think, as someone who has attended several protest — and this is the same thing I'm hearing from activists across the country — the preparation was extraordinarily different," said Newsy criminal justice reporter Jamal Andress.

In 2014, during President Obama's term, he signed a piece of legislation that essentially restricted the amount of military surplus gear that went to a local police departments. And the reason he did that is because that gear — tanks and riot gear and weapons of war — were essentially being unleashed on Ferguson protesters.

"So the idea that you have a group of rioters storming the nation's capital on the same day that we're certifying election results I think it's shocking," said Andress.

Ahead of anticipated unrest in Kenosha, Wisconsin, "they were far more

The National Guard was activated, a state of emergency was declared and barricades were put up around the county courthouse for the decision in the Jacob Blake shooting.

Activist Michael McBride from the Bay Area says the reason for this is abundantly simple.