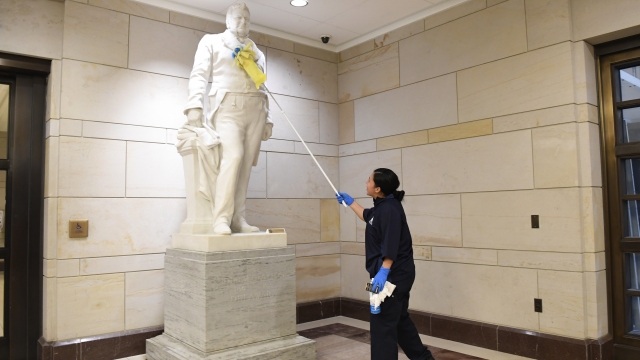 Congress announced Thursday it's shutting down the U.S. Capitol to the public for the rest of March. Additionally, the White House has canceled tours "until further notice."

The precautionary measures are meant to combat the rapidly spreading coronavirus. Senate Majority Leader Mitch McConnell said Thursday that only people with official business at the Capitol will be allowed in after Thursday afternoon until April 1. He said the decision was made based on advice from Washington D.C. health officials to postpone gatherings of more than 1,000 people.

McConnell told the Senate, "Congress will continue to do our work. Officers will be able to welcome constituents and visitors for meetings and official businesses, business by appointment, but in deference to the experts and to protect the health of the many Americans who traveled to our nation's Capitol, tourism and non-official access to the Capitol and the complex will be put on pause."

There are now almost 128,000 confirmed cases of the virus around the globe. Over 1,300 of those cases are in the U.S. 38 Americans have died while 8 have recovered. It's important to note that while American deaths far exceed recoveries right now, the global tally shows that a majority of people have recovered and only a fraction of a percentage of cases have been fatal.

Additional reporting by Alan Fram of the Associated Press.