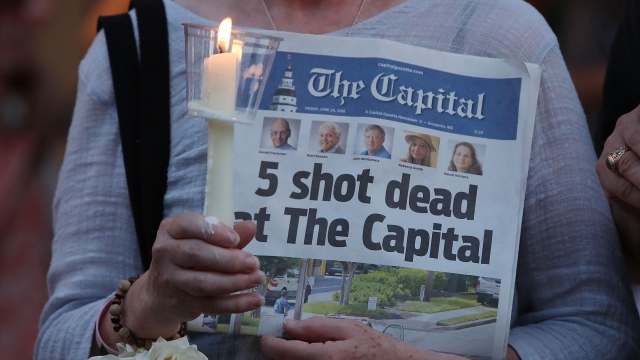 The man accused of killing five people during a shooting spree at the Capital Gazette in Annapolis, Maryland, last year is now pleading insanity.

Jarrod Ramos pleaded not guilty in July. He changed his plea on Monday, according to the Anne Arundel County Circuit Court. His lawyers said he is not criminally responsible because of a mental disorder. It's unclear what the mental disorder he had was. He is currently being held at the Jennifer Road Detention Center without bond.

Along with five murder charges, he is also facing one count of attempted first-degree murder and 17 other assault and weapons charges.

In 2012, Ramos sued the newspaper for defamation. The paper published a story about a harassment case he pleaded guilty to involving a former classmate. After that, he started attacking the paper on social media. The lawsuit against the paper was dismissed.

His trial is set for November.