Cape Town's Water Crisis May Have Been Averted 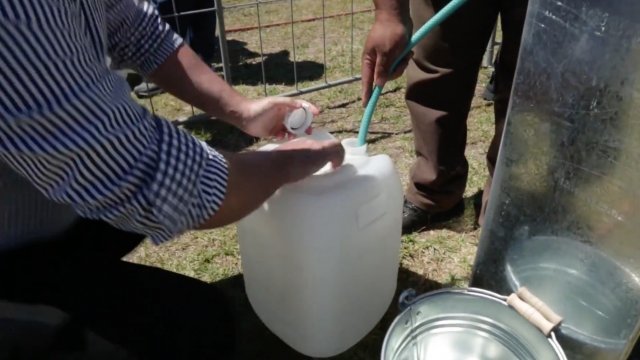 SMS
Cape Town's Water Crisis May Have Been Averted
By Gabrielle Ware
By Gabrielle Ware
March 7, 2018
Officials say water restriction efforts have worked, and "Day Zero" might not happen this year at all.
SHOW TRANSCRIPT

Cape Town may have just altogether avoided "Day Zero," the day the city was expected to run out of water.

And in a controversial move, officials temporarily "named and shamed" residents who used the most water.

Those efforts have resulted in Day Zero being pushed from April 12 to Aug. 27.

But now the city is expecting rain, and government officials said Wednesday, "Provided we continue our current water savings efforts, Day Zero can be avoided completely this year."