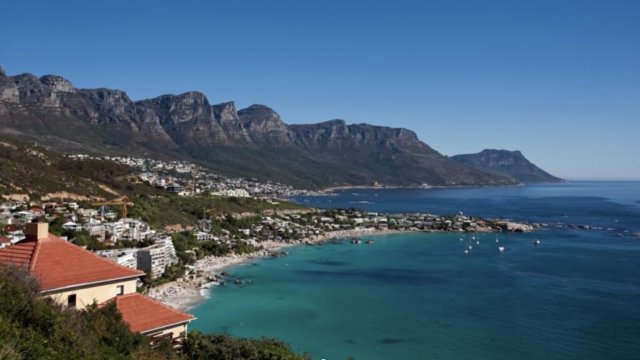 SMS
Cape Town Gets Rain — But It Won't Stop The 3-Year Drought
By Katie Cammarata
By Katie Cammarata
February 11, 2018
South Africa's second-largest city is getting closer to "Day Zero," and the rain it just got probably won't help much.
SHOW TRANSCRIPT

Cape Town, South Africa, saw rain on Friday, but it probably won't be enough to combat the drought the area is facing.

South Africa's second-largest city has been preparing for "Day Zero" — the day the city is expected to run out of water — for months. As of Sunday, it's set for May 11.

Area residents are currently allowed 50 liters of water a day, which is a little more than 13 gallons.

When the rain started Friday evening, CNN reports people went outside and started collecting the water with buckets to use for washing dishes and clothes and other household chores.

This is just the latest development in the three-year drought the city has been facing. The less than an inch of rain Cape Town is expected to get Monday probably won't help much to refill its largest reservoir, which is reportedly at "dangerously low levels."