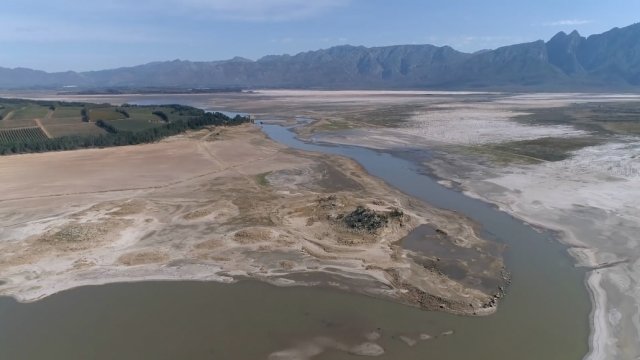 Cape Town, South Africa, is on track to run out of water in April. The city just issued new rules to soften the blow.

The city is on track to run out of water by mid-April. Starting Thursday, residents aren't allowed to use more than 50 liters of water a day — that's about 13 gallons. They're also not allowed to water plants with drinking water and are encouraged to flush toilets using a bucket filled with grey water or rain water.

Cape Town has been going through a terrible drought for the past three years.

According to the city's latest numbers, only 55 percent of Cape Town residents were sticking to their previous restriction of 87 liters a day. The good news is that number was up 14 percent from the week before.