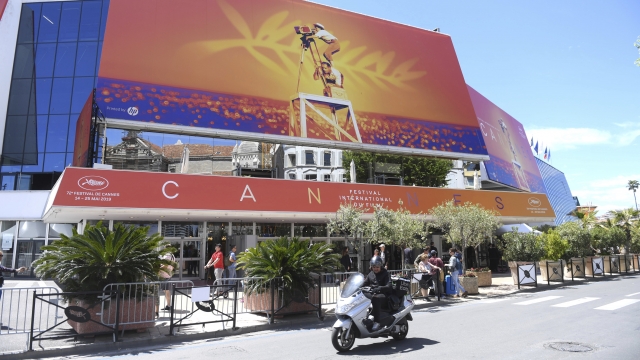 Organizers for the Cannes International Film Festival announced they're looking to postpone this year's event amid the coronavirus pandemic.

The festival, held in France, was originally scheduled for May 12-23. Organizers said they are now looking at alternative options, including postponing the event until the end of June or beginning of July.

Several other major events have been affected by the coronavirus, including Britain's Glastonbury Festival, the Met Gala and Coachella.

Glastonbury Festival organizers won't be rescheduling this year but said ticketholders can "roll over" their deposits and be guaranteed a ticket next year. Coachella will be rescheduled for October. The Met Gala's host, Vogue editor-in-chief Anna Wintour, said the gala will be rescheduled, but that the magazine will preview the Costume Institute's exhibit in Vogue's May issue.