Candidates May Get Secret Service Detail Sooner Than Planned 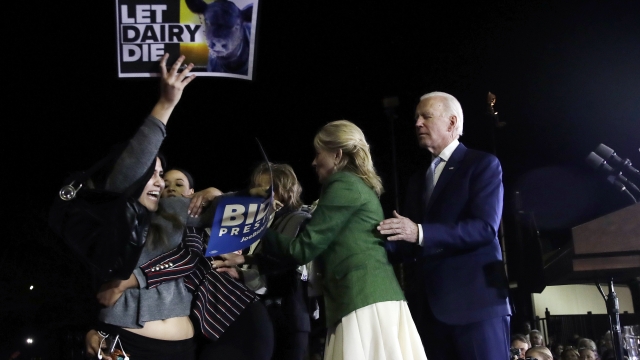 SMS
Candidates May Get Secret Service Detail Sooner Than Planned
By Meg Hilling
By Meg Hilling
March 5, 2020
The consideration follows an incident Tuesday at a rally for Joe Biden in which protesters climbed onto the stage.
SHOW TRANSCRIPT

The U.S. Secret Service is considering extending its services to Democratic presidential candidates sooner than initially planned, according to CNN.

The agency had reportedly been planning to enact protection measures for candidates by mid-March.

Consideration to expedite protection plans follows an incident Tuesday at a rally for Joe Biden in Los Angeles. As Biden was speaking on stage, protesters climbed onto the platform. Jill Biden blocked her husband and physically pushed back against the protesters. According to CNN, the Secret Service denies that this incident prompted reconsideration for protection measures.

The letter says "Americans deserve to know that the major candidates for President are protected from all threats to their safety."