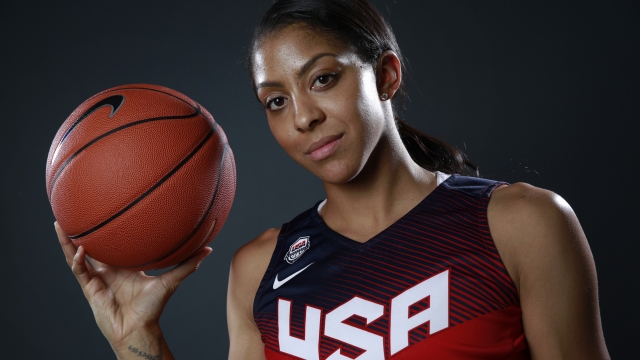 SMS
WNBA Star Candace Parker To Be First Woman On NBA 2K Cover
By Jay Strubberg
By Jay Strubberg
July 14, 2021
The latest installment of the video game franchise pays tribute to the 25th anniversary of the WNBA.
SHOW TRANSCRIPT

Basketball star Candace Parker says she's "extremely proud and humbled" to be the first woman to grace the cover of an NBA 2K video game.

The two-time WNBA most valuable player, who now plays for the Chicago Sky, will appear on a special edition of the latest installment of the long-running gaming franchise.

It's one that pays tribute to the 25th anniversary of the women's league.

Parker is a former No. 1 draft pick, six-time all-star and an analyst for the men's game.