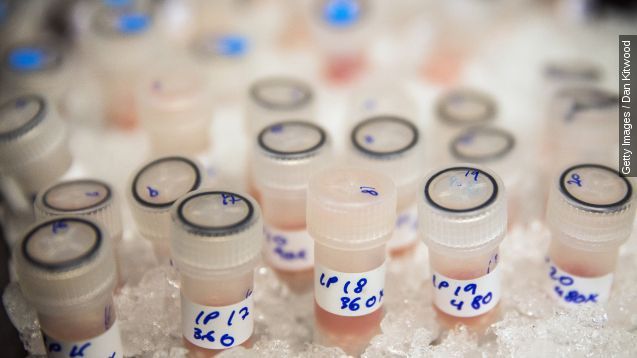 Patients with multiple sclerosis are regaining independence with the help of a common cancer treatment.

"I was crossing a road. I didn't fall, but I just melted," Steven Storey told BBC.

"Within nine months, Steven's condition had deteriorated to the point where he needed 24-hour acute care," the BBC anchor said.

"You could have stabbed me in my leg and I wouldn't have felt it," Storey said.

Storey received a bone marrow transplant using his own stem cells. Now, he can swim and ride a bike — all within one year of treatment. His next goal is to walk.

The treatment is called hematopoietic stem cell transplantation (or HSCT). First there's chemotherapy, which weakens the immune system. Then, the patient's stem cells that are too young to have "flaws that trigger MS" are harvested from the patient's blood and used to rebuild that immune system.

Storey received the treatment as part of a clinical trial at a hospital in the U.K.  Another patient given the treatment, 25-year-old Holly Drewry, went from having to use a wheelchair to being able to walk.

A consultant on the trial compared it to "rebooting" the immune system. MS affects about 2.3 million people worldwide. Researchers describe this latest treatment as a "major achievement."