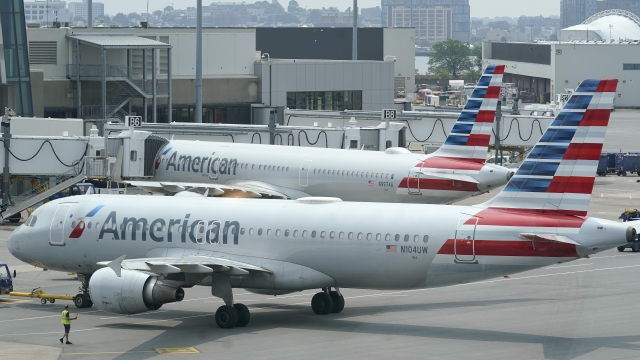 Hundreds more flights were canceled at American Airlines on Monday. Customer service lines stretched as far as the eye could see. A total of more than 2,000 flights over the last four days. It's the final domino in a mess of worker shortages, maxed-out schedules and bad weather.

It's also the same recipe that's temporarily taken down airlines like Spirit and Southwest in recent months. A pilot shortage is part of the problem as well, even for airlines where it hasn't yet hit.

Last week, Delta's CEO said, "There is a looming shortage … on its way," which is the nightmare scenario for any airline trying to dig out of an industry-upending pandemic.

"It seems that American has scheduled more flights than it really could operate," he said. "American should have accounted for the possibility of bad weather and adjusted its schedule so that it would have more available crew on reserve at the end of the month."

American Airlines tells Newsy it expects improvement after Monday. But it's already scrapped more than 10% of its total operation over the last four days. And a travel mess like this is just one of the monsters lurking under the bed for airlines.

"There's a critical mass of pilots both at American Airlines and Southwest Airlines who said they do not want to comply with the federal mandate that airline workers be vaccinated," Harteveldt said. "They may not be fired, but they won't be allowed to fly. And that's going to put a strain on the American and Southwest Airlines route networks."

Since the start of the pandemic, dozens of airlines the world over have gone bankrupt or stopped operating altogether.

In the U.S., the industry has stayed afloat thanks to massive government handouts. But it could take years to recover from $35 billion in losses last year and billions more, so far, this year.

"When they bring the flights back, they work these crews to the stretching point. And it doesn't help that the crews, beyond just being exhausted from the schedules they've had to work, face the added uncertainty and an emotional stress of passengers behaving in the worst way," Harteveldt said.

While the gears of recruiting, hiring and training slowly churn and airline schedulers struggle to keep equipment on pace with traveler demand, more of the same could be coming.

Harteveldt said, "Be nice to the airline employees, you know, they're not the ones who have caused the cancellation, the delay, the bad weather, but they are the ones who can help you get where you're going if you're stuck in an airport."