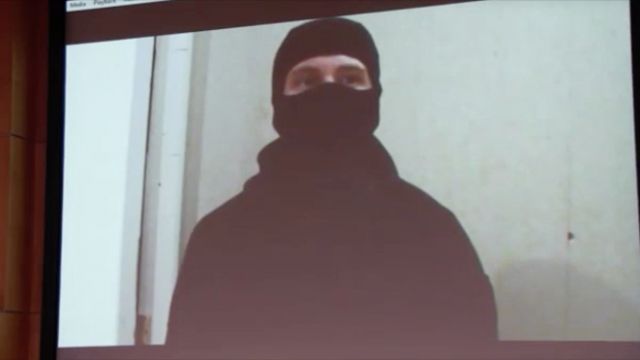 Canadian authorities say they intercepted a would-be bomber just in time to stop a terrorist attack.

"You still have Muslim blood on your hands, and for this we are thirsty for your blood," the suspect said in a video.

The Royal Canadian Mounted Police say Aaron Driver, an Ontario resident, recorded a video pledging allegiance to ISIS and threatening an imminent suicide attack. The FBI first flagged the video and passed it on to the RCMP, which had been keeping tabs on Driver.

SEE MORE: The Anatomy Of An ISIS Supporter

Police caught Driver as he was leaving a house in a taxi Wednesday. When confronted, Driver detonated an explosive device and was shot by police. He was later pronounced dead. The taxi driver was injured in the explosion.

Driver was arrested last year for associating with terrorist groups. He wasn't charged, but a court order restricted Driver's movements and internet access. He was also required to wear a tracking device, which was removed earlier this year.

Driver's plot would have been Canada's first incidence of domestic terrorism since 2014, when a gunman fatally shot a Canadian soldier and stormed Canada's Parliament building. Driver supported that attack online.

This video includes clips from The Globe and Mail, CTV and CBC.