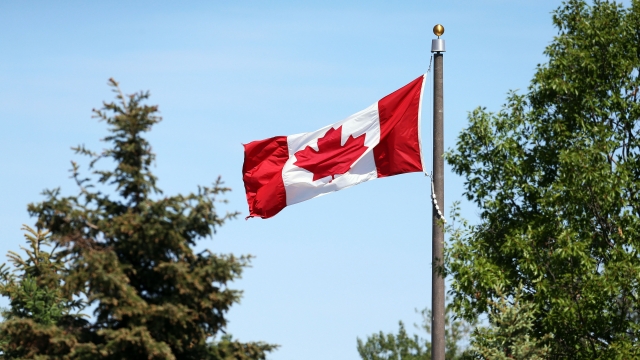 SMS
Canadian Diplomats Suing Government Over Mystery Illness In Cuba
By Katherine Biek
By Katherine Biek
February 7, 2019
The plaintiffs claim the Canadian government failed to give them important health and safety information associated with being posted in Cuba.
SHOW TRANSCRIPT

Some Canadian diplomats who got sick with an unexplained illness after being posted in Cuba are now suing the Canadian government for more than $21 million in damages.

The plaintiffs — which include five diplomats and some of their family members — all reportedly worked or lived in Havana between 2016 and 2018.

They claim the Canadian government "downplayed the seriousness of the situation" and failed to give them important health and safety information associated with being posted in Cuba. The plaintiffs also say they weren't evacuated and treated quickly enough after reporting their symptoms.

Reports of Canadian officials in Cuba suffering from a mysterious ailment first began in the spring of 2017. Their symptoms include nausea, dizziness, headaches and trouble concentrating. U.S. Embassy workers in Cuba developed similar symptoms — all of which are consistent with brain injuries.

Researchers have offered up multiple theories behind the unexplained illnesses — including crickets and microwave radiation — but officials have yet to identify an exact cause.

Cuba has denied any wrongdoing in connection to the illnesses.

After another one of its diplomatic staff fell ill, Canada announced last month it was going to cut its embassy staff in Cuba by up to half.