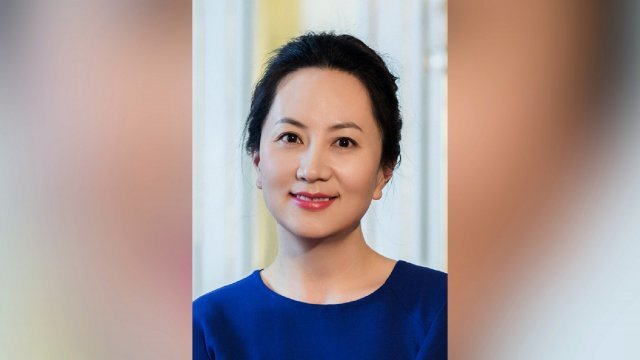 On Tuesday, a Canadian court granted the release of Huawei's CFO on $7.4 million bail.

Earlier this month, Canada detained Meng Wanzhou at the request of the U.S. She's facing fraud charges in America for allegedly helping Huawei, a Chinese tech company, cover up violations of U.S. sanctions on Iran.

Because she's considered a flight risk, Meng must adhere to several conditions while she awaits extradition to the U.S. This includes surrendering passports, remaining under 24-hour surveillance and wearing an electronic monitoring device.

In a statement, Huawei said it has "every confidence that the Canadian and U.S. legal systems will reach a just conclusion," and that it's complied with all applicable laws and regulations. Reuters reports President Trump said he would intervene in the Justice Department's case involving Meng if he thinks it would be "good for" a trade deal with China and "good for national security."

Her next court appearance is Feb. 6.

The organization says it's doing "everything possible to secure additional information" about Michael Kovrig's "prompt and safe release."

As of Tuesday night, China had not publicly commented on Kovrig's whereabouts, and Canadian officials said there's "no explicit indication" there's a connection to Meng's case.