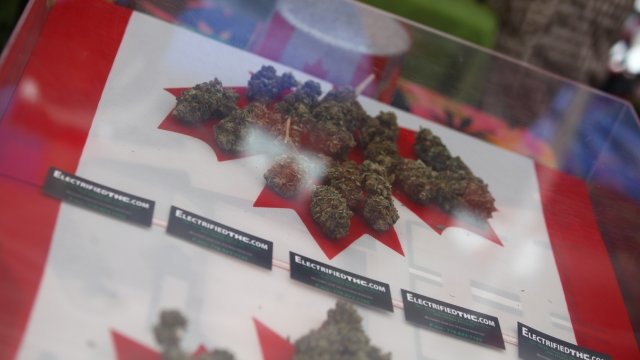 SMS
Canadian Cannabis Users, Workers Could Face Lifetime US Ban
By Ahmed Jawadi
By Ahmed Jawadi
September 14, 2018
​Workers and investors in the recreational marijuana industry may be viewed as drug traffickers.
SHOW TRANSCRIPT

Marijuana's about to become legal in Canada. But users, growers, even investors could be barred from entering the U.S. for life.

A senior U.S. border official told Politico that workers and investors in the industry will be viewed as drug traffickers. That means they won't be allowed to enter the U.S.

U.S. border officials aren't planning to ask a lot of questions to out recreational marijuana users. But they will investigate if there's suspicion — like a marijuana odor coming from a car. If users admit to past use, Politico's source says they'll be barred from entry, and a record will be kept of their admission.

Banned travelers can apply for a waiver from a lifetime ban, which costs over $500 and takes several months to process.

Canada legalizes recreational marijuana on October 17, making it the second country in the world to do so. Uruguay was the first.