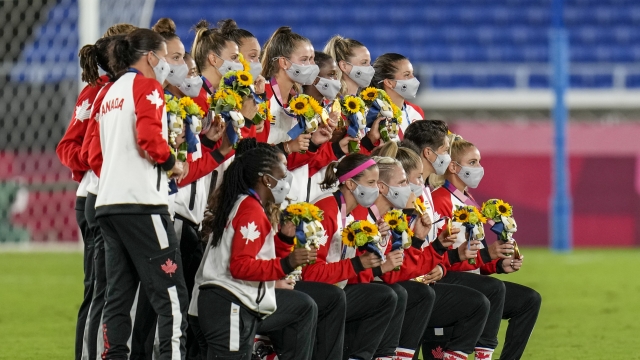 Canada, which earlier knocked out the powerhouse U.S. squad won the gold medal final in a thriller against Sweden, decided by a penalty shootout.

Julia Grosso converted the winning penalty kick, putting her shot off the right hand of the goalkeeper.

Another member of the Canadian team also made history.

The star player, who goes only by Quinn, is now the first openly transgender and non-binary Olympian to win a medal.